What do Miamians do on a Saturday when there’s nothing to do?  Visit haunting sites of course! Well, maybe this Miami resident, who also happens to be fascinated by all things ghostly.  October has always been my favorite month of the year.  Awakening memories of childhood birthdays, crisp autumn air, and spooky Halloween fun, I am always in the mood for a good ghost story.   Always ready to indulge me in my crazy adventures, my husband is happy to drive to each of the famously haunted Miami places on my list.

First on our tour is the City of Miami Cemetery, located at 1800 NE 2nd Avenue.  On the U.S.National Register of Historic Places, the cemetery was founded in 1897.  The 10 acre plot sold to the City of Miami by Mary Brickell for $750, is the resting place of some of the oldest and most prominent families of South Florida. 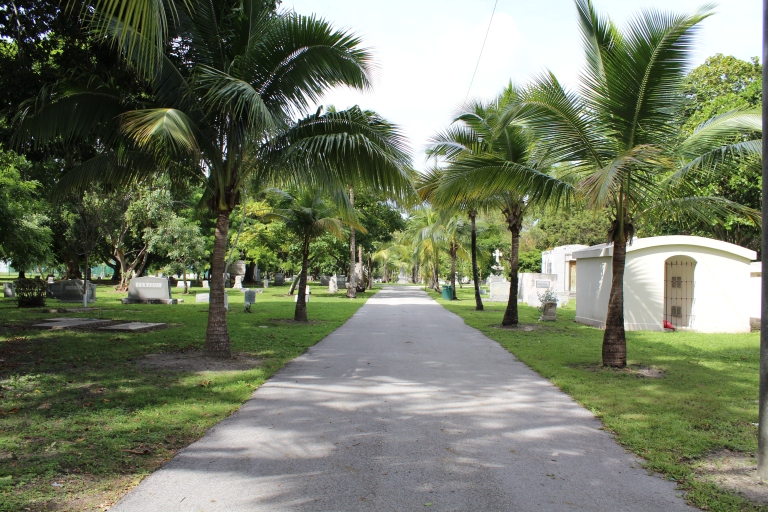 We came across the grave sites of Julia Tuttle, known as the “Mother of Miami,” the department store Burdine family, and John Sewell, the third mayor of Miami. 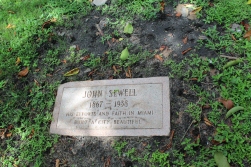 On this beautiful October morning, there was no hint of the ghostly voices this cemetery is notorious for. But if you are in the mood for some local haunted history, History Miami Museum offers an annual Ghosts of Miami City Cemetery Night Tour every October.

Named the “most haunted house in Miami” by the Miami Herald in 1989, Villa Paula has a rich history of haunting activity.  Located in what is now Little Haiti, Villa Paula was built in 1926 for the first Cuban Consulate, Don Domingo Milford, and his wife Paula.  Paula died shortly after, due to complications resulting from a leg amputation.  The house has had several residents, later becoming a home for senior citizens, before falling into abandonment and overrun by vagrants in the early 1970’s.

Rescued in 1974 by Cliff Ensor, Villa Paula’s supernatural activity began to manifest itself, and was documented for the first time.  Apparitions of a woman floating through the hallways with only one visible leg, the smell of coffee and roses lingering in the air, the movement of items, the sound of footsteps and heals on the veranda, a chandelier suddenly falling from the ceiling, the sound of a piano playing, and the death and disappearance of cats were some of the reported incidents.  Ensor went as far as conducting regular seances to keep the spirits at bay, after learning from a psychic that five spirits occupied the house, including one of an abused maid who buried her illegitimate baby in the garden.

Current owner and art dealer Martin Siskind has restored the neo-classical mansion to its former glory, turning the home into an art gallery open to the public.  The stories of hauntings continue. 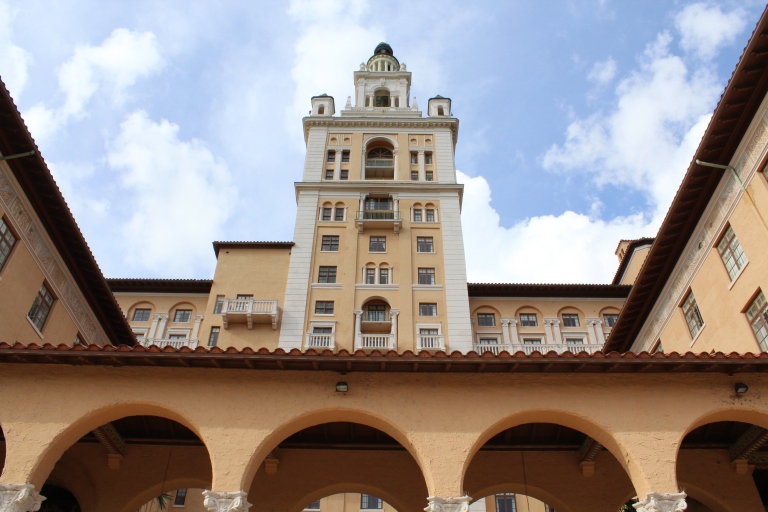 The iconic Biltmore Hotel, gracing the upscale Coral Gables neighborhood since 1926, has been through many transformations throughout its almost 100 years.  Built in the roaring twenties by Coral Gables founder George Merrick, the Biltmore was a place of lavish parties, golf tournaments and fashion events, and frequented by celebrities, influential personalities, and gangsters.  When a gangster named Thomas “Fatty” Walsh was murdered in the Al Capone suite on the 13th floor of the hotel, a ghost story emerged. 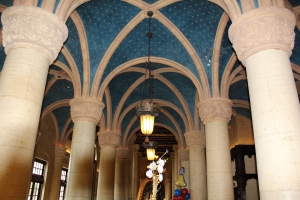 The Biltmore’s golden years were stunted at the onset of World War II, when the splendor of its golden years was halted, and the hotel was re-purposed as a military hospital.  The hospital continued to service veterans after the war, until it was closed and abandoned in 1968.

For years the beautiful landmark remained empty.  Stories of ghosts resurfaced, as neighborhood kids sneaked into the hotel and roamed through the scary rooms and hallways.  Could the spirit of the murdered gangster Fatty Walsh still haunt the 13th floor? Were the spirits of deceased soldiers still restlessly bound within these walls? The resounding answer is YES.

Today the Biltmore Hotel stands as a proud and elegant piece of Miami history.  The stories of ghosts continue to draw visitors, like me, fascinated by the mysteries of the spiritual world.  We weren’t able to go to the 13th floor, but we enjoyed an afternoon in one of the most historic and beautiful hotels in Miami. 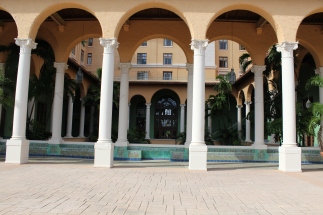 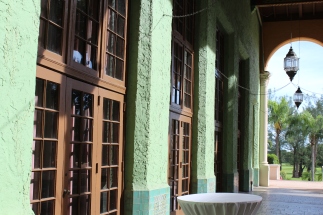 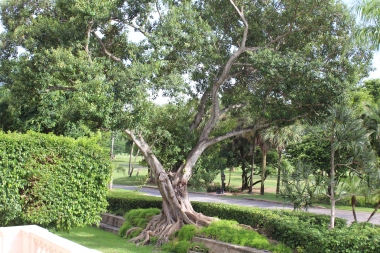 Nothing guarantees a haunting like a mansion built on an ancient burial ground! Located on 444 acres in an idyllic setting in Palmetto Bay, the Deering Estate consists of a three-story cottage, once known as the southernmost inn in the United States, and a three story stone mansion built in 1900, and purchased by philanthropist and businessman Charles Deering.  Deering moved to the estate in 1922, and died a few years later in 1927, leaving the estate to his wife and children.

Now owned by the State of Florida Miami-Dade County, the estate hosts concerts on the lawn, moonlight canoe trips, art exhibits, family and children educational events, culinary events, ghost tours and spookovers.  In October of 2015, as a birthday present and pre-Halloween treat, my husband surprised me with an evening ghost tour.  My love of history and historical homes, together with my interest in the paranormal, made this ghostly adventure special. Their was an energy and excitement in the air as the group was ushered from room to room by our ghost tour guide.  She was colorful, animated, and knowledgable, producing spirit voice recordings and pictures of apparitions.

As our guide talked about Mr. Deering, pointing to a wheelchair he spent most of the last years of his life in, I took several pictures of the chair.  Later, when we uploaded the pictures to the computer, we noticed something in one of the pictures.  The mist that seems to be floating onto the chair may be an illusion created by a light or camera malfunction, but some may agree that we captured some sort of spirit form.  I guess we will never truly know.

In this month of spooky tales and trick or treating, consider visiting some of Miami’s famous haunted places.